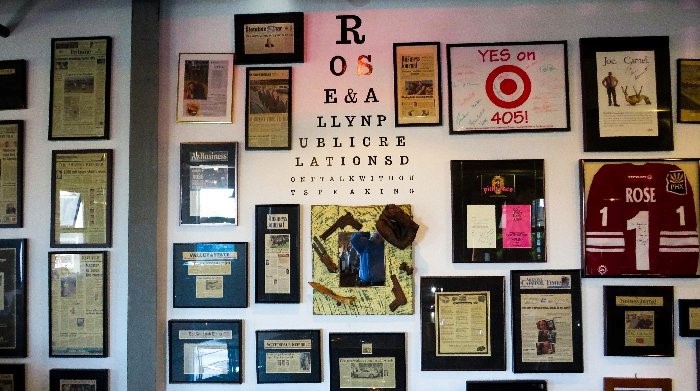 Wow. Did that really just happen? What a ride 2021 turned out to be. In ways the pandemic has made obvious for everyone, but also in the diversity of client asks that resulted in successes big and small; publicly known or privately appreciated. Indeed, like the housing market in Arizona we are happy to report record sales — of our unique, particular widgets in the public relations, public affairs, crisis communication, political consulting and events space. Maybe it was because we celebrated our 25th Anniversary. Maybe it’s because we have become wiser– and older. No matter, we are grateful. The highlights include:

Our history with the organization has been interesting, to say the least, since its arrival in the Valley. But as it decided to undertake a new approach in 2021, we appreciated them calling us to assist. Now, if we could just see a few more assists on the ice during the team’s important rebuilding phase, on and off the ice! That’s what some describe the sport of polo as. On October 23rd, 2021 The Bentley Scottsdale Polo Championships celebrated it’s 10th Anniversary. Hard to believe. What started out as dream to create the Phoenix Open of American polo is now a reality. WestWorld’s polo field was maxed out with some 1/4 miles of tent. We’re not Barrett-Jackson in this regard but a fellow spectacle the Scottsdale Polo Party has become. Thank you, to so many, for helping us achieve the remarkable: the most attended polo event in the country. And thank you to the General Manager of the event, our Leslie Owen, for doing a superb job!

Congratulations to the “World’s Greatest Collector Car Auction” which is about to celebrate its 50th Anniversary. It’s one of the most incredible special events and business plans contemplated, or executed. It should be taught at Wharton. For two plus decades it has been our absolute honor to help the company on many different fronts.

AS CLASSY AS IMPRESSIVE That’s Brookfield Residential. The largest owner and developer of master-planned communities in Arizona. Last year they partnered with DR Horton on what may be the biggest one yet after a big $250 million purchase of Arizona State Land near Apache Junction. Its Superstition Vistas, which will break ground this year, will reshape the East Valley.

SIGNS OF THE TIMES

Some times we get called when things are going great and people want to showcase that. But there are other times, quite a bit in our case, when things are not going so well and people need an extra gear. That’s what happened in the case of an enterprising local billboard company, Becker Boards, as they sought to properly modernize digital billboards within Maricopa County’s jurisdiction. Opposition was loud, but wayward. But thanks to a great team effort, the ordinance change was passed unanimously in November.

Phoenix metro doesn’t have a lot of companies on this list headquartered here. But one of them is Republic Services. What we said about Brookfield holds true for Republic Services. Comprehensive. Classy. And a very cool company to do public affairs work for. We can honestly say it has been one of our best and most enjoyable consultant-client relationships in our 25 years. As Arizona faces severe water challenges, there may be no more important way to address them than a landmark piece of federal legislation backed by the Colorado River Indian Tribes, a long-time client of the firm. Years in the making, the Tribes’ thoughtful and innovative solution, sponsored by Senators Sinema and Kelly, is supported by nearly all in Arizona and may be the most consequential piece of water legislation since approval of the Central Arizona Project. Over the past few months we have helped spotlight the new legislation including on 60 Minutes.

One of the more colorful and divisive developments Scottsdale has evaluated in recent years was for a project along and near the Arizona Canal known as Southbridge II. We weren’t involved and had mixed feelings about the proposal. So when the buyer of the parcels called us later in 2021 to help with their acquisition announcement, focused on a more patient approach to redevelopment, we were happy and privileged to assist, starting with the ownership change.

We like baseball. So we don’t like to strike out, Labor strikes have their place. But one involving Phoenix Sky Harbor and subsequently LAX targeting the largest food and beverage concessionaire at each, HMS Host, seemed wayward. Tapped by HMSHost to help in both markets we were pleased to provide new and additional communications firepower to help reach a good result for all. Combine our regard for contemporary art, rock legend Alice Cooper and a piece by Andy Warhol, and count us in. Scottsdale-based Larsen Gallery is doing some very cool stuff with it’s relatively new Fall and Spring auctions. Holding press conferences for them and otherwise plotting and scheming on their PR front was certainly a 2021 highlight.

We like those, especially when it allows us to sit at the public relations tables of the companies that can be described as such. Russ Lyon Sotheby’s International Realty. Cullum Homes. Merit Partners. And Gateway Academy. Rose + Allyn was proud to help Rose Law Group tell a compelling story about a Scottsdale attorney’s noble efforts to help an Afghan interpreter escape Afghanistan and successfully emigrate to the United States. Zabi didn’t think he would make it out alive. Today, he is living in Tucson seeking a better life thanks to the efforts of Darius Amiri, Chairman of the Immigration Law Department at Rose Law Group. Rose + Allyn’s Jennifer Parks-Sturgeon and Mike Scerbo helped Darius and Zabi tell their story of exodus and friendship to reporters across the Valley as well as Tucson. Months later Darius, whose father emigrated from Iran, was honored for his efforts as part of the Arizona Republic’s “Faces of Arizona” feature series.

FOR WHOM SCOTTSDALE TOLLS

Scottsdale is not a particularly easy place to develop or redevelop these days unless you have a compelling proposal. That’s what a forward-thinking, attainable housing redevelopment by Toll Brothers known as The Miller was. Not many residential project proposals are championed by local residents and businesses but this one had full-throated support by local police, firefighters and nearby small businesses. That’s why it resulted in The Planning Commission and City Council’s positive praise and eventual passage exemplifying there is still such thing as good growth in Scottsdale.

WHERE IT ALL BEGAN

Learning to play golf for firm founder Jason Rose that is. At south Scottsdale’s Coronado Golf Course. That’s why it’s particularly rewarding when the owner calls from time to time for assistance with matters in the City of Scottsdale, when we always try to turn bogeys in birdies.

Doing good public relations involves a variety of different facets. Doing GREAT public relations involves experience, creativity and intuition. Doing things a client hasn’t thought of or doesn’t expect. Such is the case with long-time client and the largest owner of outdoor shopping centers in Arizona: Vestar. Asked awhile back to infuse its public relations with more than the usual among our ideas was to legislatively enact a more European shopping experience allowing shoppers to imbibe responsibly while strolling the grounds. And so it became the law of the land, first as a pilot project but hopefully more permanently, soon.

Among the more amazing immigrants and business people in Arizona is Francis Najafi. Soon you will be hearing about a most generous and amazing thing his family is making possible. Speaking of immigrants, company President Jason Rose is the conceiver and lead producer of a record-setting musical birthed in Phoenix called Americano!. Always Broadway-aimed, that dream is about to become a reality thanks to an incredible and innovative partnership, along with support of incredible Arizonans. Stay tuned for these major details.

Because if one 6 year odyssey to launch Arizona’s greatest musical wasn’t enough why not four more? But that’s what our Quixote Productions is doing with additional new works such as Bar Mitzvah in Birmingham (World Premiere currently scheduled for April 2023 at The Red Mountain Theatre Company in Birmingham, AL), Tiananmen (World Premiere currently likely for January 2023 at The Phoenix Theatre Company), Overcome, which is being created by an all-Black creative team about the fight for Arizona’s Martin Luther King Holiday, based on Pastor Warren H. Stewart’s book, and The Ghost of John McCain.

THANK YOU TO NEW AND RETURNING CLIENTS This summer we welcomed an alumnae for Phoenix Mayor Kate Gallego’s Office, Sarah Bentley. She’s doing great, and as well as her last name drives. But good-byes, some sadly, are in order too. To Mary Turner who realized a dream to work on a statewide political campaign and who we helped– in addition to her own terrific credentials– get the gig as Director of Operations for Arizona Attorney General Mark Brnovich’s campaign for the U.S. Senate.

Finally, we had to say good-bye to Arizona trailblazer Grant Woods. It was a monumental loss personally and professionally as Grant had recently signed on to be a key part of Quixote Productions’ bevy of new musicals. Grief stricken, Grant’s wife Marlene asked us to use all the public relations and event planning skills in our toolbox to help the family through this tragedy. Never will there be a more difficult assignment. That’s because our regard and respect for Grant was so high. RIP, our Grand Canyon State original.

So as we say good-bye to some and 2021, we say hello to excitement ahead in 2022. What an incredible, diverse and growing state we live in. We can’t wait to showcase our clients who help make it all happen, and make a little history too come the Spring, for an Off-Broadway run in NYC.

THANK YOU FOR READING OUR LATEST. ALL OF US HOPE YOU ARE STAYING SAFE AND HEALTHY!

PrevPreviousQuenching Thirst: A 2021 Halftime Report
NextBack To The Future: Our Half-Time Report of 2022Next
PrevPrevious
NextNext 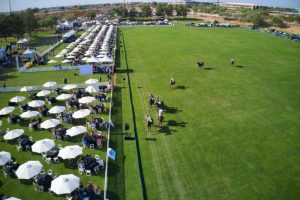 John Milton is considered the most significant English writer after William Shakespeare. His most famous work, Paradise Lost, might be an apt description for what