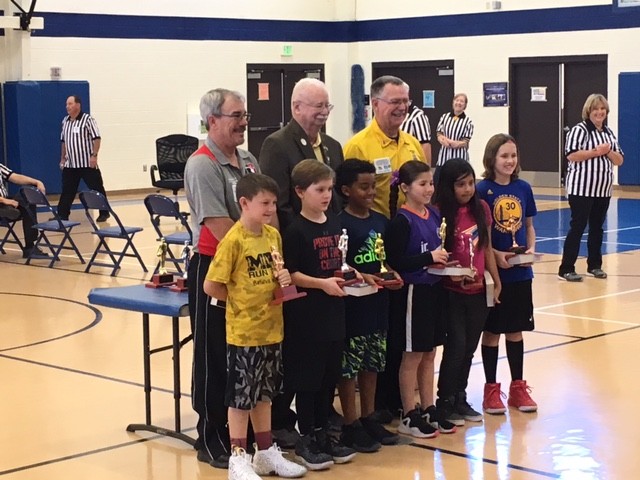 Rose is the President and Co-Founder of Rose+Allyn Public & Online Relations, a Scottsdale-based public relations, public affairs, events, crisis communications and political consulting company established in 1996.  He is also the proud father of Logan and Carson Rose where they life with their wife Jordan in Paradise Valley.

My 9-year old son Carson hasn’t yet read the great thoughts of the great philosophers.  Or watched the movie Talladega Nights, at least not that I am aware of.

It’s probable no one has ever put the four names above into the same sentence.  It comes as a surprise to me.  Yet, it all makes sense.  Finally.  After I had been searching for an answer to my approach to parenting.

Sports are important to me.  They are fun.  They are entertaining.  But they also teach about yourself.  In many ways sports are a prism into your promise.  As a person.  And as a professional.

Do you play the game hard?  Do you practice sufficiently?  How are your fundamentals?  Do you win or lose?  How do you win?  How do you lose?  Do you give up?  Are you a team player?  Are you clutch?  Can you engineer a comeback?

From an early age I have had my two children, Logan and Carson, hitting off tees, shooting baskets, playing football and sitting next to me at games, a lot of games.  It’s my time with them and time I’ll always remember.  Our Saturday and Sunday morning practices.  Taking advantage of long summer days.  Or just enjoying some one on one time on a Monday or Tuesday night at a Diamondbacks game.

But the greatest times of all have been in the past few years when I pushed them and they pushed themselves in the Elks Club Hoop Shoot Contest.  It’s the closest thing to a national free throw shooting competition for kids.

For parents it’s as nerve-wracking watching your kids in sports can get.  Out there all by themselves. No coach.  No teammates. Total silence. Ten shots.  Sit down.  Then 15 more.  Tied? 5 shots in each overtime until someone wins.  If parenting had Chinese water torture this would be it.

I admire parents who encourage their kids in a different direction than they.  Learn a new or more languages.  Learn to play an instrument.  Learn a different sport or two.

Perhaps that should have been my approach.  But for better or worse it hasn’t been.  Instead, I have wanted them to succeed more than I ever did in many of the same sports I gave a go.  And that’s what I will wish for them until the shot clock runs out on me.

I was always a good basketball player and free throw shooter. At times great.

But I never made it very far in the Elks Club competition.  I usually won the local competition but was middling when it came to regionals, never making it to a state championship, let alone win one.

The first year Logan entered the competition he made it all the way to state, finishing second.

The next year he had to move up to the NBA free throw line, 15 feet away from the hoop.  He made state again, finishing third.

The third time was the charm.  On February 17th, Logan won the Arizona state championship for the Boy’s 10-11 Division.  Soon he’s headed off to Las Vegas for the start of the national championships.

You would think that would be the focus of an editorial piece like this.  It’s not.  At least not yet.

If Logan is my disciplined, ESPN-watching, sensitive soul Carson is my street smart, Nickelodeon-watching, savvy son.  He’s got a golden arm and he knows it.  He’s fearless and good at most everything.  And he knows it.  And therein lies the challenge.  At some point, some point very soon, hard work and more practice will become quite important to the continued success of an aspiring 9 year old athlete in Paradise Valley.

Carson entered the free throw shooting contest last year and finished third at Regionals to a boy that eventually finished third in the country.  There’s nothing wrong with that.

This year, he won the local competition in overtime, getting a little lucky that a quality competitor fell off when it mattered most.

But I saw something in Carson, really for the first time, that he wanted to win the next round, badly.  He wanted to win Regionals and make State, just like his brother had.

And so, Carson set out to practice, and practice. And practice. I had never seen him work so hard at anything.  Day after day.  Hour after hour.  He listened, and changed his form.  He looked strong and though impolitic for a parent to say, better than his brother.  At one point in practice Carson hit 31 shots in a row.  That’s our family record.  I never did that.  Most human beings can’t, and don’t.

There was no doubt in my mind Carson, after his weeks of commitment, would realize his goal.

The drive out to Wickenburg for the Regionals takes about an hour.  My guys are pretty nervous on those drives.  Pep talks are given.  Music is played.  But nerves are obvious.

Carson looked good in warms ups.  But then something went awry.  That’s the thing about free throws, and life.  Some days being just off by a little bit can make all the difference towards success, or failure.

He hit 7 of his first ten shots.  Decent, but not great.  Another kid hit his first ten.  Bad math for my guy.  But Carson then proceeded to hit 14 of his final 15 shots for a terrific total of 21 out of 25.  Most any other year he would have been heading onto state.  But it wasn’t meant to be.  A buzz saw from Yuma hit his first 17 shots en route to 23.  Carson cried a little, tears perhaps alleviated a bit when the same kid hit 25 in a row to win at State.

We never expected to have Carson.  He was a surprise.  The best one of my life.  I knew early only he had an “it” factor to him.  I love that.  But with “it” can come complacency.  Carson doesn’t always like it when I push him.  But I do it because I think, and hope, “it” will pay off.

Rebounding for Carson during those mornings and afternoons, giving him tips when I could and kudos when I should, were some of the best moments of my fatherhood.  We would talk and hope together.  And I just loved, loved, seeing him practicing so hard.  So after the result was in and his disappointment complete I struggled to explain the meaning of it all to him.  I do communications for a living, but all I kept offering Carson were clichés.  You competed.  You tried hard.  You stepped into the arena.  My sayings were all the usual suspects.  I felt incomplete, that I had let him down, because my tripe was wanting.  I even started asking around to other parents: what do you think the lesson learned was?  Why is trying so hard only to lose a good thing?

I never got the explanation or words I was looking for.

Saying good night to your kids is surely one of the greatest feelings in the world.  Carson is pretty funny when he’s going to sleep. And waking up.

Being in PR and being a proud father I used some of my professional skills to get a small story in the local newspaper about Logan and Carson’s performance in the regional free throw shooting contest.  A couple of days after it appeared I was talking with Carson as he was lying there, ready to check off another day as a 9-year old.  I asked him if we could frame the article and put it up in his room, like the previous year.

I was surprised when he answered no. “That surprises me little buddy. May I ask why?” “Because I finished second,” Carson said.  “I’ll wait until I finish first.”

I’ll wait until I finish first.  At that moment my nine-year old found what I had been looking for.  He found my moral to the story when no other adult could articulate an epilogue.

I disagree with Ricky Bobby that silver, bronze and any other medals besides first don’t matter. Because playing the game of life hard, hustling, practicing, being clutch, never giving up and prevailing with grace and losing in the same way matters.  But winning matters too.  A conviction of wanting to win perhaps even more so.  Why?  Improvement and higher expectations inevitability follow such drive, even when you fall short.  And that, no matter how life’s ball bounces through, around or off the rim is a very good thing.

Socrates.  Plato.  Voltaire. Ricky Bobby. Carson Rose.  Thanks for letting the old man know you get it.  Thanks for letting me be your Dad.  Most especially, thanks again for being such a great surprise.  I have a feeling life is going to work out more than fine for you, if you don’t have it figured out already.