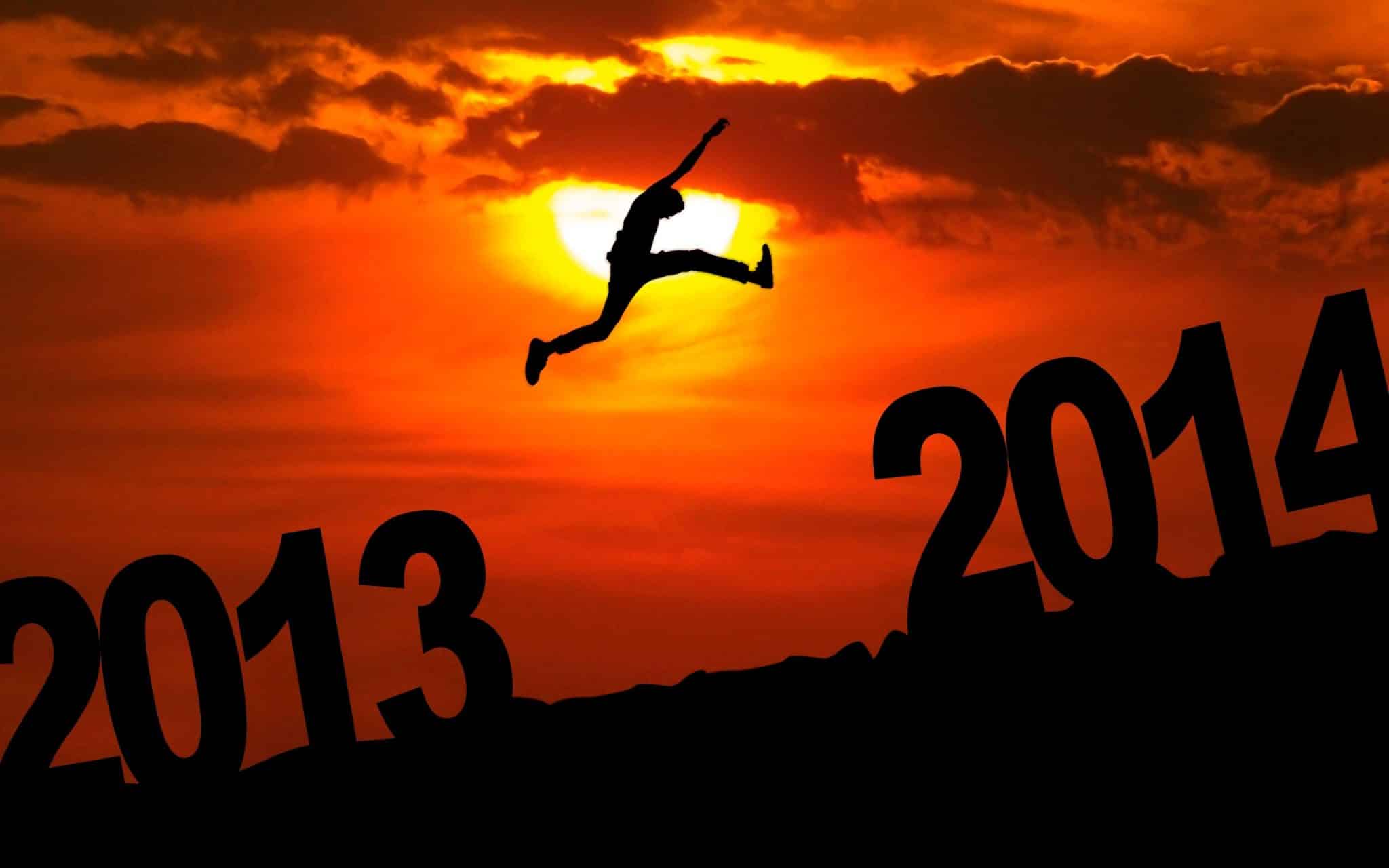 It’s the season for sharing and gratitude.  To our public relations, public affairs, crisis communications and elections clients, thank you and sincere appreciation.  This may be our best year ever and such results and opportunities wouldn’t happen without you.

We finish the year pleased to announce some superb new clients like McLaren Scottsdale, Russ Lyon Sotheby’s International Realty, Ice Den, Mercedes-Benz of Scottsdale and Taylor Morrison Homes.  And thanks to our great team we were nominated for 7 different “Best Of” marketing and public relations categories by Arizona Foothills Magazine.
Thanks to you, and with you, we are able to work smartly and collaboratively for the betterment of brands as well as the community with insight and innovation.  And there were just a few memorable stories along the way.  Yes, we will never forget Amy’s Baking Company for those six crazy days.  Oh what might have been with the press conference they canceled?  No matter, we wish them, you and all a terrific holiday season.  Here are a few of the highlights for the last half of 2013, for your reading pleasure, or insomnia cure.

Grand Canyon
The good people and businesses adjacent to the South Rim boundary of Grand Canyon National Park were our first client back in 1996.  Successfully fending off a misplaced, massive commercial development for nearly 20 years has been our primary mission.  But there have been others along the way too.  That long-time representation and remembrance of the 1995 federal government shutdown gave us the background to immediately recommend and implement an aggressive communications plan for the area when the federal government shutdown again a couple of months ago.  It was devastating to the Grand Canyon community.  With quick and effective public relations, residents and businesses gained international attention for the pain being inflicted by the shutdown. The protests, please and notoriety helped encouraged belated gubernatorial leadership to fund the re-opening of the national park.

Scottsdale Ferrari-Maserati Polo Championships: Horses & Horsepower
In just its third year, the event on November 1-2 again was America’s most attended polo event.  And as the victorious team from Wales liked to share, it would have been the biggest polo event in Europe too.  The Arizona Republic calls it “polo for the masses.”  Plans are already underway for 2014 when the United States Polo Association will be holding its annual meeting in conjunction with the event.  For more information on how you or your business can get involved, check out www.thepoloparty.com.

Brian Terry Foundation
The tragedy of the “Fast and Furious” story is now known by much of the nation.  What isn’t is that after the anger and answers sought by fallen Border Patrol agent Brian Terry’s family, they have undertaken a noble effort to honor their son in a way that helps others in the Border Patrol family and those that showed the same courage as Brian.  In September we were again honored to help organize and promote a bi-partisan, memorable program in Tucson that included former Congresswoman Gabrielle Giffords and her husband Mark Kelly, both GOP congressional aspirant Martha McSally and the person she is trying to unseat, Congressman Ron Barber, Arizona State Treasurer Doug Ducey as well as Fox News reporter William La Jeunesse and Sharyl Attkisson the CBS News investigative reporter that helped lay bare the scandal that became Fast & Furious.  Even for the politically jaded it was a memorable night, especially as people laid down partisanship for the cause at hand.

Rugby, anyone?
Events are a lot like the elections background we have.  Replace candidate with event concept.  Replace tracking polling with ticket sales.  And replace victory or defeat with profit or loss.  Our experiences launching polo and also the “Hottest Race on Earth” held in June, 2013 and won by an Ethiopian Olympian led us to rugby.  One of the world’s most popular sports, we debut The Rugby Bowl: Spikes & Spokes on April 12th at WestWorld of Scottsdale.  It will feature the nationally-ranked Arizona State University rugby team versus the defending champs and #1 team from Brigham Young University.  Throw in motorcycle displays, food trucks, a beer garden and an after-party with the Keltic Cowboys and it will be a very different and fun way to spend a great afternoon in the Valley.  More details about tickets, tables and sponsorships at www.therugbybowl.com.

Crisis Communications
It’s a specialty and we do a lot of it.  Federico’s Mexican Restaurants was a good example in the latter half of 2013.  It’s a family-owned group of some 20 restaurants around the Valley that’s consistently earned good marks from the health department.  But one of the restaurants had an E. coli episode.  Customers got sick.  The notoriety hurt.  Public relations was not a part of their core business.  But then the it was, announcing responsible reforms to give every assurance such a thing would not happen again.  They brought in experts.  They were transparent.  And they even offered free food on Mexican Independence Day to some 15,000 people, showing what the marketplace had known for years.  Federico’s is a great place to get good, affordable Mexican food.

Solar
One of the two biggest public affairs skirmishes in Arizona during 2013, we were proud to represent the rooftop solar industry and its supporters, who faced an effort to lobby them out of existence by Arizona Public Service. Despite being massively outspent and facing some of the most untoward political tactics in recent memory, the Arizona Corporation Commission essentially rejected the APS plan, albeit not without some pain for the promising solar industry.  The issue captured a lot of national attention too, not only for APS’ unsavory tactics but because of the effort to argue solar choice from the right.  It worked.  And it can continue to work for Republicans as exemplified by public opinion polls which show that the Republican rank and file get it, and don’t want to cede a very popular issue forever to Democrats.

The Big Move For Barrett-Jackson
Sitting at Craig Jackson’s table for about 17 years is interesting and thrilling.  Craig and his team have created one of the most enterprising event business models in American history.  Yet for years he has been challenged in Scottsdale with poor facilities.  That all changes in about a month when the world famous auction moves into a new $50 million home.

The New Mercedes-Benz of Scottsdale We are fortunate to work on some pretty cool public relations stuff.  But the new luxury dealership across from Scottsdale Fashion Square that Arizona’s original Mercedes-Benz dealership is moving into today is about as cool as it gets.  Even if you are not an existing or aspiring Mercedes owner, stop in and check out the new building that will surely win architectural awards for urban redevelopment.  And based on the number of calls they have been getting as the building has neared completion, it will be one of the most unusual and compelling new venues for special events in the Valley.

Turf Paradise
The only remaining place to enjoy live horse racing in the Valley, the track has been a client for several years.  And their past opening day in October was their most attended in 15 years.  Congratulations to them and let it be an excuse for you to play the ponies someday soon.

My Sister’s Closet
Do you know Tess Loo, one of the faces of one of the state’s most successful woman-owned businesses?  She was everywhere at the Scottsdale Ferrari-Maserati Polo Championships.  More importantly, she and sister Ann Siner will be co-chairing the Fresh Start Gala in February, and along with their sister Jenny Siner, launching a memorable new event at Southwest Wildlife Conservation Center in April.  Great business women.  Great social responsibility too.

AV Homes
A Scottsdale-based company making big investments in Arizona, of late they acquired the interestingly-designed but long-failing Borgata in central Scottsdale.  We were privileged to provide communications support to their redevelopment plans which were passed by the Scottsdale City Council in August.

The Risk Taker
He founded the Pennysaver.  He’s built shopping centers.  Owns one of the great bars in the world (in Jamaica).  Convinced Wayne Gretzky to join the Phoenix Coyotes.  Won two public votes in Scottsdale to build an arena there before being forced to consider alternatives to keep the franchise in town.  He’s won.  He’s lost.  But he’s the ultimate entrepreneur and risk-taker that pushes business forward.  Arizona Republic reporter Peter Corbett captured most of it in a lengthy Sunday business feature as Steve Ellman rises in the digital billboard world with big new holdings and outstanding new partners.  Read the article here.

An East Valley Mogul
Whether it’s Haitian relief or numerous other local causes, shopping center redeveloper Michael Pollack is one good guy, and one fascinating one to hang out with.  Thanks for allowing us to be around for the ride, Michael.

Scottsdale Firefighters Association
Their leadership has taken an interesting and different path than the highly confrontational approach of other municipal unions.  Their class is on display every year at their Annual Charity Dinner, which we were again honored to assist and that again raised big dollars.  From wrestler Anthony Robles to Scottsdale Mayor Jim Lane the September Sunday night at Dominick’s Steakhouse is always memorable.  Note to steak lovers.  Dominick’s is readying the old Cork & Cleaver space near 44th & Camelback for Steak 44 early in the new year.

Humor & Creativity
We know how to deploy it now and again and thought the December 20th release of “Anchorman 2” would be an opportune time to bring back our own “The Burgundy Report.”  Partnering with local radio talk show host Jim Sharpe, we had some fun with the Arizona political scene. Perhaps you even made the show? Check it out here.

Thank you again for being a part of what we do here every day on the public relations, public affairs, political consulting, crisis communications and event planning front.

We are grateful ’13 was not an unlucky number and look forward to a great ’14 with you.

PrevPreviousIt’s Halftime For 2013. Thank You.
NextStomping The Divots In 2014Next
PrevPrevious
NextNext